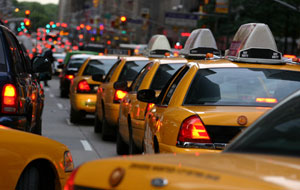 While I do not understand the legal wrangling between agencies such that state representatives vetoed a local city measure, I do understand the underlying strong fear expressed by residents and elected officials of the outer boroughs and suburbs.

Their expressed fear is this: a congestion fee is a tax upon working class people living in outer New York City suburbs imposed by rich, elite Manhattan residents. This is a grave mistake in reasoning that shall cost New York City residents, visitors and commuters dearly for years to come.

Ignoring politician spin, a congestion fee is effectively a progressive tax as vehicle commuters to New York City are on the whole extremely wealthy. (A progressive tax, in theory, is a ‘good thing’ in this case as, on the whole, it taxes the wealthy more than low income residents.)

Low and middle income residents have much higher rates of public transit ridership. The congestion fee proposal under question would have improved public transit with ALL revenues from congestion fee collections going toward public transit. Further, properly pricing the limited resource of New York City roadways would immediately and directly reduce the level of congestion, significantly improving the surface transportation infrastructure including but not limited to taxicabs and busses.